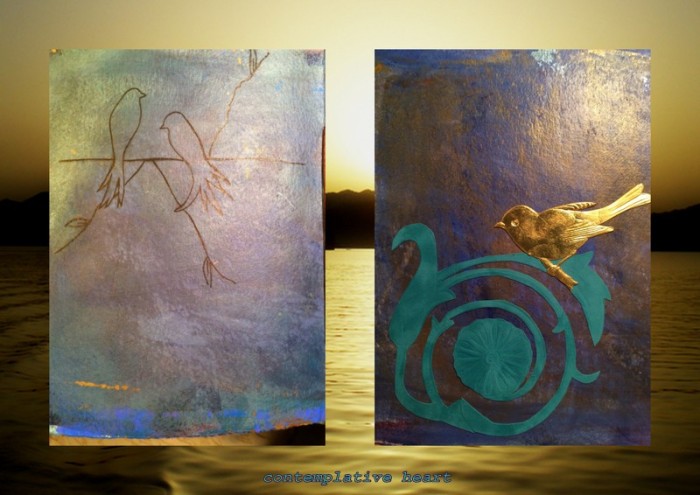 I thank God for this most amazing day, for the leaping greenly spirits of trees, and for the blue dream of sky and for everything which is natural, which is infinite, which is yes….e.e. cummings

who are we when we become whole? and where do we find light in the dark? when we remember our soul, we ignite the whole world with its blinding aliveness….what does it mean to return to the earth?

In the infancy of the world, the Soul of the World and the individual human soul were one. There was no separation between them. As such she is the origin of ‘cosmos,’ literally, an ordering, a ‘harmonious whole,’ and so provokes the original moment of wonder that made sense of the world and so laid the foundation on which the mind could rest. The entrance of the image of Gaia in our time is not so unexpected as it might seem. It rests on a sure foundation that has been long preparing itself for change, probably, though rather too slowly, for the last 2000-4000 years, ever since numinosity was withdrawn from Mother Earth and transferred to the Father god of the Heavens and then to the transcendent god of Judaic-Christianity, when the feminine principle was doctrinally excluded from the nature of the divine……Jules Cashford

Revitalizing the soul of the world depends on a conscious, engaged relationship between human beings and Earth. If our discernment of anima mundi is dim- as it is for most contemporary people- purposeful acts of radical imagination can stir and awaken our perceptions. James writes that our ‘imaginative recognition, the childlike act of imagining the world, animates the world and returns it to  soul.’ Perhaps the world deeply longs for the consciously imagining human to participate in birthing a new era in the human-Earth relationship. A practice of approaching the world as if everything is alive- saturated with psyche, purpose, and intelligence- re-enlivens us; in companionship with our increasing human aliveness, the world shimmers with both possibility and pain, no longer insentient, no longer without its own longings, its psychic depths, its soul…..Geneen Marie Haugen

A little support when you need it. And a few surprises along the way. Advanced self-care for everyday life. Sign up for my newsletter to receive a free e-book to get started. www.yogafromtheheartvb.com #mindfulnesspractice #mindfulness #meditation #meditationpractice #yogatherapy #mentorship #lifestyletherapy #therapeuticyoga #beautifullife #healing